Isla and the Happily Ever After by Stephanie Perkins
My rating: 3 of 5 stars

Isla had a crush on Josh since her freshman year. She pined for him for three years and accepted that her cause was hopeless. She miserably watched him date a much cooler, older girl and knew he would never look at her. Then all his friends graduated and he was left alone. Josh had never been very academically motivated, but now he seemed to have lost all reason to attend classes. A fateful meeting before school reopened, caused Josh to seek Isla out and slowly they became friends and then more. END_OF_DOCUMENT_TOKEN_TO_BE_REPLACED

What I Didn’t Say by Keary Taylor

What I expected on first picking up this book —

A boy losing his voice in an accident and a love story where he wins his girl despite new obstacles originating from his own insecurities and social scrutiny. Basically a story about a boy learning not only to accept his disability but to triumph inspite of it. Heart warming stuff. I want to read!

What I got halfway through the book —

Everything I expected above PLUS a parallel emerging storyline about Sam – this girl he’s trying to win. He’s won her, but the real point of conflict isn’t that, it is the girl’s own life and the baggages that she has — does Jake have it in him to handle them and keep his girl?

Good For You by Tammara Webber

I’m clearly rating it on emotional points (though the writing itself is pretty good)- but right now I’m still floating on a cloud of satisfaction and can’t judge the book objectively.

The only reason that last star fell off the line is that in the end I had hoped for something more – just the little-est bit. Something that would hint at how Dori deals with Reid’s celebrity after their relationship comes out. Given how much Reid’s celebrity messed his own life up, I thought there would be at least a few pages dealing with it. Which might strike some as an idiotic reason to strike off a star. But tell ya what, if Webber follow this up with a Reid-Dori sequel I’ll come back and put that star back up. There are some serious paths left unexplored.

It’s my favourite of Between the Lines series. I’ve loved and hated Reid from the very first page of the first book. It wasn’t till the middle of that one that I realized that he was NOT the guy for Emma and I started rooting for Graham. Man how I wanted to hit Graham up the head for being so vague and unavailable. I kept worrying that Emma might end up with Reid after all even though we could all see the connection she had with Graham.

Throughout though, I kept watching Reid. He was my favourite character. I can’t remember the last time I read a bad boy, so thoroughly bad. He’s selfish, arrogant, spoilt, hedonistic, manipulative and utterly destructive.

He’s also smart, introspective and knows he’s a dick when he’s acting like one.

And it’s not like Reid’s never met a girl he wants to change for. Emma was just such a girl. But Emma didn’t want a work-in-progress and Reid hadn’t even started the immense work it would take to fix himself up.

With Dori, though… Everything just fell into place.

There are other reviews you can read to get to know the story. This one just tells you that this is a good book and that it does Reid Alexander’s story justice.

View all my reviews

The best thing about this book? It surprises. How often do teenage romances surprise you? The protagonist is a smart, level headed girl who (predictably) has issues to sort through, but never spirals down into melodramatic fits.

They said in the blurb that there is a love triangle in the story. It took me half the book to find it. It’s perfectly placed. I’m glad it took me that long, and while I kept wandering – what love triangle? She’s already with the guy she wants – Kenneally snuck up the ‘other guy’ into my heart. I liked him from the get-go, but assumed he was a really strong secondary character.

After all the stuff I wrote above it’ll take you five minutes to realize who the other guy is once you start the book. But I’m sure you’ll appreciate her writing never the less.

Jordon is a little prejudiced against the cheerleaders who fraternize with the more social of her team, since some of them make a point of trashing her out of hearing of the boys, but she gets over it, and I like how the author portrays the girl’s biases and faults. It endears Jordon to me.

Great read, I’ll probably come back to it again in a few months. 🙂

View all my reviews

In the last five weeks I’ve read at least a half dozen YA romances that have all impressed me to some degree and for varying reasons. 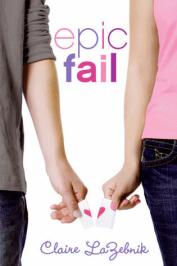 I liked this rendition of Pride and Prejudice, mostly because it did not read like a rendition of the old classic. Certain voices were familiar. Elizabeth in Elise was certainly very apparent. But while the premise remained loosely the same – the twists followed faithfully – the situations, dialogues, emotions and setting were too different for me to keep recalling that I’m reading a modern-day re-write of Pride and Prejudice for young adults.

For one thing – and this is very important to me – no one can bring back Darcy.

While Elizabeth may transcend times, Fitzwilliam Darcy was himself because of that period, because of the accepted way of thinking and perceiving the world back then, and also for the social barriers that – while they still may exist and be successful obstacles to young love – today no longer sound the dreadful and ominous gongs of doom that the protagonists of Georgian literature needed such courage and/or wealth to ignore or overcome. END_OF_DOCUMENT_TOKEN_TO_BE_REPLACED